This is a double player VR tower that can walk freely. It tells the story of two soldiers who vowed to

defend their national arsenal under the sea tower after their comrades died. Two soldiers need to take

the elevator to destroy the enemy on the sea, land and air. The enemy will attack in front, back, left

and right. Both soldiers must be especially cautious. Each level has a corresponding difficulty. Two

soldiers should concentrate. Attention, to complete the task at the specified time, in order to achieve 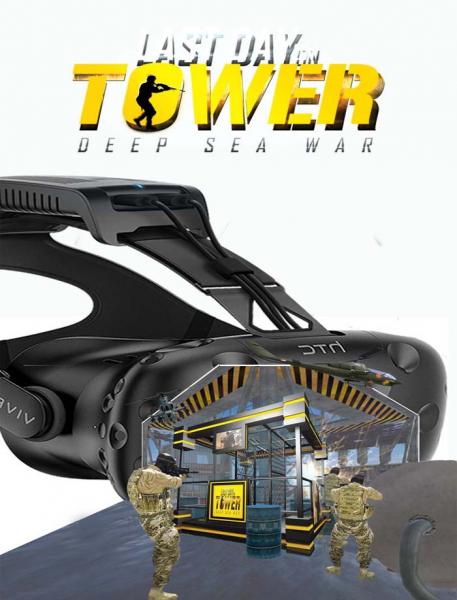 2. Simulate the vibration elevator and elevator button, the effect is realistic 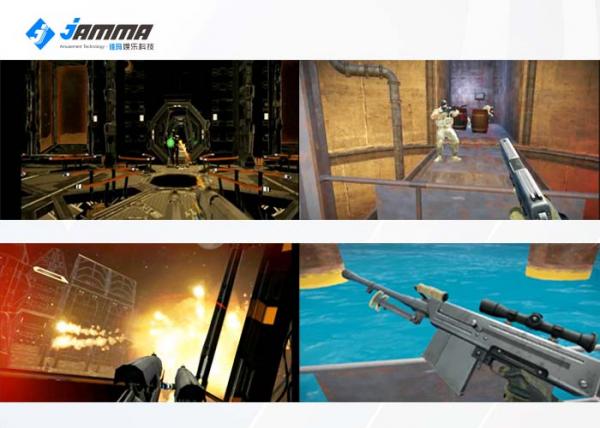 HOW TO PLAY THE GAMES?

First. Shoot the "Start" button with the handle and the game will start

Second. There will be flying enemies flying over the head, aiming and shooting

Third. After playing the enemy of the plane, you will hear the prompt sound, enter the

this time is the enemy on the ship, you need to destroy as soon as possible and then take

the elevator to other places to destroy the enemy

The finally. After destroying the enemy of the seven levels, the victory will be made. A flag

will rise and it will die if it is shot in the middle.

Jamma Amusement Technology© specializes in R&D, production and sales of VR equipment. With services such as creative design, engineering, equipment supply, installation, construction, after sales and maintenance, our company offers a cost-effective, streamlined, end to end solutions for our clients in the amusement industry.

• WE AIM TO MAXIMIZE YOUR PROFIT PER SQUARE FOOT

We aim to maximize your profit per square foot. We thrive on exceeding guests’ expectations and overcoming each project’s unique challenges to find the right solution with the best price–quality relationship. We love to make our clients as happy as their guests.
We provide a precise design and installation procedure resulting in an excellent facility with smooth operation. We develop the original concept in tight collaboration with our clients, making sure we can fully meet their financial and operational requirements. We turn astonishing and thrilling adventure concepts into reality for the audience, all in a safe environment. Our projects are often showcase attractions that raise the profile and the profits of our customers.

Jamma Amusement Technology provides worldwide services, from planning and design to installation and after-sales and spare parts shipping, every step of process.
We supply customers from around the world and also create theme parks such as FANTASY LAND in the Philippines, PALMA RESORTS in Egypt, FUN WORLD in Kenya and many more.

• THE BEST OPTION FOR YOUR PROJECT
With vast international experience, our team has the skills and knowledge needed for all projects, no matter how complex.
As a certified manufacturer, we control the production process in our own well-equipped facility, thus we can guarantee the delivering of high-quality products at a competitive price while directly supervising the logistics. We oversee the custom design requirements, quality, and delivery time of every component. Our company also maintains long-lasting relationships with many other suppliers and service providers, enabling us to offer you the best deals on the market.

Just like you we value safety above all. Our goal is to offer a reliable service, compliant with international standard. Our company is a well established manufacturer of amusement park rides, equipment, motion theater, VR simulators and interactive devices. We operate from the highly competitive Chinese market and hrough our extensive experience acquired many certifications.

We look forward to working with you to help develop your success story.