Galloping Ghost,in the western suburbs of Chicago,has 400 acrades and offers everyting from pac-man,the most popular game of the 1980s,to the latest game of 2017.Launched this year by artist Zachary Javier in collaboration for Galloping Ghost,the two-man console also pays tribute to surpreme and James Jebbia,a global limited editon of 200,which will be a highly collectible toy work of art.

The surburbs of Cihcago are clearly not the bustling metropolis of New York or Tokyo.About 25 minutes from downtown,the neighborhood is abit deserted,while Galloping Ghost is located in a flat buiding on either side of the street.

As well as retro games,galloping ghose has introduced new games and is even developing its own to appeal to small town or city dewellers in Chicago who want to relax.May be the arcade center will be eliminated by the buisiness environment sooner or later,but retro and emotional is what people in every era need,and it still has a meaning to exist.

The game carton boxes are all changed to metal frame structure, very strong, double arcade game console, Galloping Ghost team artist Zachary Javier pays tribute to Supreme leader James Jebbia, truly restore the retro arcade
With HDMI cable, you can connect to the TV to play. The remote control LED light box is very beautiful especially at night. It is a good-looking decoration when you are not playing, even at home, studio, storefront, etc.

Heavyweight exclusive spot! Supreme limited edition family version game console from Galloping Ghost, the largest arcade game center in the United States! Designed by artist Zachary Javier...September 6th just off the assembly line and ready to send to the United States, the US speculation price 1W+RMB... This lucky luck through the trading company friends to get dozens of ~80,90s born friends must Not strangers to these classic arcade games ~ from King of Fighters 97, Dinosaurs to the Three Kingdoms, Double Dragons, etc... I didn’t expect that era, it’s really full of feelings~ Today we rarely have the chance to play these, more It is work, bowing party! Especially lack of interaction with friends... This time the family arcade opportunity launched by Galloping Ghost in the United States is just right! I usually go to a meeting with friends, or when I am bored at home, I am really very comfortable... To be honest, I’m too much to play with my mobile phone! ! And it is also an exclusive customized version from the "Shen-level tide brand" Supreme, built-in remote control LED lights, placed at home or in the store is a work of art! The best games are classics in the classics, all of which are classics from SNK CAPCOM SEGA... 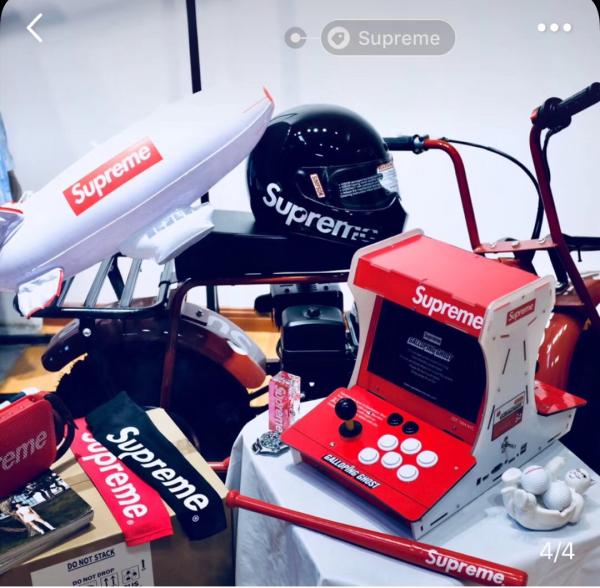