The main difference between 4D Movie Theater Simulation and 3D format, in particular, is that 3D lies in visual effects experienced by the audience while watching a movie. Using 4D equipment gives the opportunity to involve not only sight and hearing but other organs of human senses such as touch and smell, even lost gravity!

4D cinema is made of by three-dimensional film and the surrounding environment simulation which called four-dimensional space. It is based on 3d movie then adds special effects, new video products formed in the simulation, trough linkage to the audience and movie content to stimulate or enhance the immersive effect. When the audience to see the stereoscopic film, along with the film and television content change, they will real-time feel the storm, lightning, rain, vibration, spray ,leg sweep and so on functions, cooperate with the three-dimensional image.

The 4D cinema theater have features such as water, jet, vibration, leg sweep. Environmental simulation theater with the snow, rain, lightning, smoke and other special effects equipment inside, and create a consistent environment of a video content, immersive and thrilling effect.

Audience can feel the visual impact. Compared to other types of cinema, with a prominent theme, high technology, realistic effects, entertainment and other features and advantages

According to different space size, 2 seats or 3 seats for each group serve motor control) constitute a large 5d

A variety of environmental effects can be realized with the film's plot, such as, wind, rain, snow, bubble, smell,

ect.. That make audience be lost in movie, experience adventurous and exiting life

2. Motion chair
Movie Power's dynamic seat is controlled by a servo electric platform , it matches with the film. The accuracy

and synchronicity of motion is high to 99%. The movement of platform can be adjusted according to your

3. HD movie
Varied film resources are waiting for you to select. What do you prefer, the interesting, cheerful, thrilling,

adventurous or others? Movie Power's rich film database can satisfy all of you. 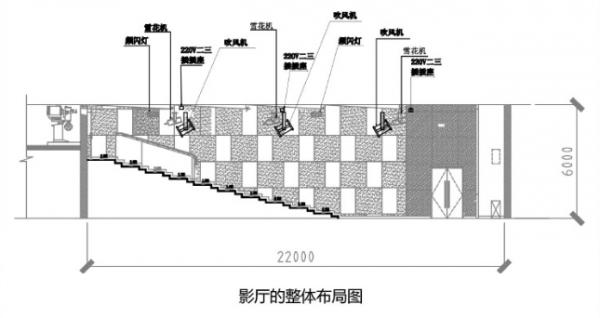 Movie Power has a super R&D team with over 30 engineers and operating team with over 20 designers. It is the first company in the industry to establish a global 24-hour after-sales service (24³) system: 24 hours online, 24 hours full after sales, 24 hours to solve the after-sales problem. Company business philosophy is “ customer-centric, results-oriented”.

Base on 5S standard, the 10,000 square meters production area is in good order. ISO9000 management system certification not only is an effective guarantee of quality, but also to achieve an annual output production of 3,000pcs VR simulators and 2000pcs 4D dynamic cinema. All products are fully inspected from raw materials, accessories, assembly, inspection and testing. Especially the 72 hours uninterrupted life-cycle test before shipment.

Movie Power pays more attention to product quality, model design and content creation. The show room is more than 1,000 square meters, which consists of VR hall, science education hall, and 4D dynamic cinema hall. More than 30 kinds of VR products divide in 4 series, sports series, children's series, leisure series, and dynamic series. They are hot selling and popular to more than 50 countries in the world. Among them, the VR super racing car is the hottest and favored by customers in more than 30 countries. And VR-Family is the most popular product with 6 seats equal to 6 times income, which gains the title “king machine of making money”. The dynamic 4D cinema has become the benchmark in the industry, which combines the latest special effects and acoustic optoelectronic technologies to create a new 4D dynamic cinema to the world.

For 10 years, Movie Power has always focused on R&D, application and production of VR and 4D motion technology. In 2018, we will fully promote “Extensive-entertainment innovation and operation”, and provide “better site operation services” to dear customers!